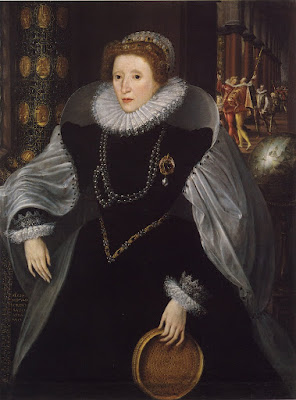 One of the most crucial elements keeping civilisations going is historical consciousness. History indicates the shared characters and values of a nation. Societies must be reminded of their history to be able to maintain their existence as a nation. This sentiment keeps the sense of belonging alive as a “consciousness” in a society or a person, making this feeling more profound. Individuals and societies can only have a feeling that they exist and will carry on existing as it marches through time, from the furthest past, providing us with a historical consciousness, into the future. When this consciousness reveals itself in a person and society, historicity comes to light as well. The continuous coming from the past to the present time opens in sheets with every age. Whatever the stage a piece of history holds, it gets the spotlight of itself. Thoughts head towards the new horizons via the passageway of new views and interpretations by getting out of the parochial of the present. This is provided by historical consciousness.

As a person who was born in one country and is living in another, I call myself a witness of how historical consciousness improves civilisations. The most important element sustaining the historical consciousness in the society we live in is surely the British Monarchy which survives by carrying on the tradition. As a government model and a democracy in place, history and tradition is kept alive in the 21st century, bringing together modernity and tradition.

The most entertaining and easiest way for the historical knowledge to meet with the society and to transform into consciousness is cinema. Cinemas ideally use the source of history and laid the first stones of a long path. If we launch forth on cinema, we see that cinema focuses mostly on The Virgin Queen Elizabethan Era in. To sum up, the Tudor family was thematised in most films. The first story which I derived from the two films I watched begins within an inch of the danger only to be dragged by sectarian tension right after an unstable and pessimist period that lasted 11 years, after the famous king of the Tudor Monarchy, Henry VIII.

Under the threat of a new civil war, England was facing two equally strong and giant catholic countries within the European Continent, Spain and France. When Queen Mary I died in November 1558, the only consolation for the men in the street became the end of this period which was “crowned” by the fiascos of harvest, epidemics and the military failures according to Susan Doran, British historian. History is full of failing kings most of whom do not even occupy a full page in the history books. Some of them are the victims of their own failures while some suffer from bad luck. But, there are also such kings that acquire a grand reputation due to their reformist or revolutionist characters.

Elizabeth I, despite her feminine identity, was perhaps the most beloved, respected and admired monarch of England. She became the most effective name for Great Britain to reach its shiniest days. In the following periods of the British reform, there was a chaotic situation due to the developments in religious and political areas, as the populace questioned the catholic dogmas, opening new topics of discussion such as national sovereignty and the dominance of the European Continent on England. This was perhaps a milestone for England and Elizabeth I was steering the country. There were two scenarios that they had to face: either the country was going to be a newly flourishing kingdom - unlike its neighbouring country, France, which was a nation where fear and destruction reign because of the bursting wars of religion lasting 40 years - or Elizabeth was going to step forward to procure peace and recovery for her country.

On the streets of London in November 1558, people let out a shouted “God save the Queen,” right after the decision of the Parliament. Nobody argued against the legality or femininity of Elizabeth I. The public welcomed the Queen with open arms. A new person on the throne meant a new hope which might also bring freedom from poverty, hunger and death for her people. Elizabeth I never fell into the mistakes her sister Mary did in terms of her crucial decisions involving Catholicism and Protestantism. For instance, when she ascended the throne, she was quite cautious in appointing the counsellors, which was so important for the catholic side; she did not relieve the eleven advisors of her sister of duty and in order to provide a nondenominational structure in religion, she appointed another eight counsellors who had tendencies towards Protestantism. However; it was quite obvious that Elizabeth was closer to Protestantism and supporting the British reform because she had been educated that way since childhood. But, it was more logical to move forward to her goals, step by step without making anybody suspicious. Elizabeth took another important decision for her country. She set all the exiled and imprisoned people free because of the previous religious clashes. Elizabeth was only concerned with inside the borders of her country at the beginning. She never intervened with Scotland. The important matter for her was the war caused by religious differences. She stepped up, despite turning a blind eye on her sect. She also published a notice to prevent the clerks from provoking the public by blazing away in their sermons.

Elizabeth carried on straightening things out in her own territories. But then there was the male dominant bureaucracy against her. If she were to comprimise, it was obvious that the Queen could have only been used as a pawn. But she wasn't slow off the mark to reveal her intention. Her concern was to ensure everyone knew their limitations, just like all the other Tudors. There was a notable prevailing order and she didn't have her divine authority snatched by anybody. She foresaw a sound public order, which was based upon the classes, the levels and the ranks. Elizabeth was a queen and a lady. Even though the proposals to marry were incessant, she degraded even marriage as a means of politics, for she was married to England. One of the proposers was the renowned Philip II, King of Spain. The King, once having been married to her sister Mary, was in demand of reassuming the control over England. However, Elizabeth was a sapient lady. As soon as she ascended her throne, he sent his delegates to the palace, but in vain -- as Elizabeth's goal was clear. The private relationship between Elizabeth and Philip turned into a gradually rising conflict of interests until the trim of sails from the Spanish Armada was heralded. According to his assumption, England was like a nibble. In fact, Elizabeth herself was well aware of the power disequilibrium. Nevertheless, what surprised Philip was the fact that even the poorest of London wished to sacrifice everything in order to defend their country, and as Dr Jerry Brotton expressed "Walsingham's plan was ultimately successful. Ottoman fleet movements in the eastern Mediterranean fatally split Philip II's armada." Although, he immediately qualifies this by saying that "alongside all the stories we're told at school about why the Spanish Armada failed to conquer Britain and destroy Protestantism, we should add another reason: the Anglo-Ottoman alliance brokered by Elizabeth, Walsingham.” There was a coalesced nation against Philip. Therefore, the legendary Armada was defeated by the English. There was also a domestic political issue which had eaten away her power to some extent: The Catholic Scottish Queen Mary.

Elizabeth was surrounded by endless conspiracies, speculations, alleged assassinations and the intrigues actuated a secret agency unit being under the loyal minister Walshingham's conduct. Elizabeth's hand was able to reach everywhere from that time on, as she had a spy army against the menace of assassination coming from the Catholics (Briscoe, Elizabeth's Spy Network). As Kishlansky uttered, her appearance with the eye and ear patterned dresses in the pictures became more meaningful. In such a historical cruising film, Shekhar Kapur closes up the far away history and lays out the film as an inner voyage of a lady during a difficult period, rather than falling in the stream of historical details and political speech. She passed through a gripping painful phase in the face of the obstacles she had and by watching them, history gets a different taste. Seeing her portray all the emotions that made her a humanbeing allows us to look beyond a distinguished image. Furthermore, Kapur was so successful in describing the lady behind the throne, I assume women, in particular, will be impressed with the film. Struggling for making a balance between her senses and sensibility will seem familiar for the women of this age, as well. Shekhar Kapur charactarised this legendary personality as a temperamental and dramatical lady that called upon astrological prophecies and who was the perfect personification of a great Queen. Queen Elizabeth, Elizabeth: The Virgin Queen (1998), Elizabeth: The Golden Age(2007) are good examples of historical, biographical, dramatical work of art.

The Queen, being featured five years ago, is another history reading film which was directed by Stephan Friars and plotted by Peter Morgan through a flawless script comparing traditional and contemporary realities and accomplishing to perpetuate this with the structural atmosphere. In this film, the director was swiveling the camera from Buckingham Palace, preserving the glorious history with the conservative structure, to the simple and modern house of Blair. By uttering “I prefer to keep my feelings to myself” and “duty first, self second” it was significant to exhibit the unbearable difficulty of being a monarch. However the English Royal Family, dating back from mighty and magnificient Elizabeth I to Elizabeth II that has given the authority of governing their countries to 12 Prime Ministers, has never been jolted as much as it was jolted with the death of Princess Diana 14 years ago.

Prince William has finally reunited with his companion, 14 years late at which time Queen Elizabeth said to her husband Prince Philip in a fictional sentence: “I think we should find some company for them” so as to make her grandsons less affected with the death of their mum. I wish an immense bliss for Prince William and Princess Kate and I also wish my very best for the Queen who will celebrate her Diamond Jubilee to render her service to her country for many years.